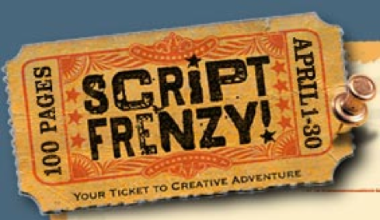 Well, why not sign up for “Script Frenzy!” brought to you by the folks of NaNoWriMo? Ok, so my journey into writing in November didn’t result in a 50,000 word novel as I only got to 34,500. But hey, that’s 34,500 more words than I had before November began! I’m always wiling to pat myself on the back for baby steps (as I think everyone should) and therefore I’m willing to give writing a 100 page script a shot come April. Although some astrologers say there might be snafus around Mercury related activities while it’s Retrograde, I actually find that the reflective process of writing is often enhanced while Mercury is moving backwards. It might mean that you’ll have to do revisions later, but if you’re writing a 100 page script in a month, you’ll have to do revisions no matter what!

So why not use those last days of Winter and get your creative mind to the gym? Who cares whether or not you’re a writer (I mean really, some official “writers” can be pretty awful! Therefore, so can YOU be an “official” writer, even if you suck!). Perhaps your inner creative genius just needs a little unleashing! Can you tell I’m not into status or caring what the Joneses do? Well, I suppose with a blog called “Astromuse” you would have assumed that by now!

20x200.com and A Visual for the Abrupt Changes We're Experiencing Now!
Way Out!
August Overview and Mercury Retrograde Alert!
Friday Date with Lonny! 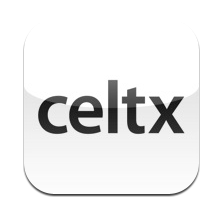