More on Mars Retrograde: If Yo..

Saturn in Virgo: the Reality C..

It feels like ages since I’ve written. And indeed we’ve had a full moon, the ending of Mercury Retrograde with Mercury going Direct and another New Moon on November 9th!

Mars shows us how we act. Mars is associated with Aries the God of War. Mars retrograde may cause us to reflect on our feelings of anger, hate, and spur us to thought on if there are ways that we may be sabotaging our moving forwards in our lives. Are our drives hindering our acheiving something that we want? Are we going about it all the wrong way?

Fire signs are in their natural element with Mars. Not so much with Water signs. Water doesn’t naturally move directly like fire does. And with the retrograde even moreso: which is why is say that murky waters may lie ahead. We may have to wade through areas that are not clear to get a what is really driving us during the period of November 15 through January 30th.

The sign of Cancer is the sign of the home, family and hearth, both inner and outer. And it’s all coinciding with Thanksiving and the Holidays (Hanakkuh, Christmas, Kwanza, Festivus, etc. ) AND New Year! There’s not a better time to observe how one’s way of action in the world has been influenced by one’s family and early environment. And what you can observe and reflect upon, you can change. So don’t hestitate to really think about things that may have influenced you as come Mars Direct you have a whole new chance to rebuild your way of action and interaction, especially in the arena of home an family. Once the muddy waters clear, you’ll see a whole new environment and a whole new you!

Fall Harvest!
In Praise of Unfinished Business
Venus Does the Time Warp Again!
It's a Mistake! 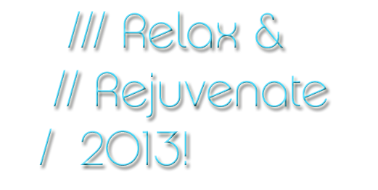 Letterpress Calendars!
Christo and Jeanne-Claude: Thinking Outside the Box and Moon in Libra
Summer Hats!
Springing Forwards While Moving Backwards!