Changeover from Sun in Leo to ..

Is the King of Pain’s Moon in Libra or Scorp...

Is the King of Pain’s Moon in Libra or Scorpio?

A couple weekends ago I had the pleasure of seeing The Police in concert.  I was the lucky recipient of an extra ticket a friend had to see them in New Jersey.  While I usually don’t go to many concerts, because the thought of being smashed together with so many people I don’t know in such a large area makes me a bit quesy, as I had a ride and friends going I was totally in!

I was more than glad that I went as I had been musing about growing up in the 80’s and how different those in their 20’s now seem from those of us in our 30’s. It feels like there’s less angst now than there used to be. Less ennui. Being sarcastic and cynical or just plain thoughtful in music just isn’t in at the moment. Justin Timberlake is in at the moment. And the only two Justin Timberlake songs I know are “Sexy Back” and Dick in a Box.  And of the two I find “Dick in a Box” vastly superior!

So it was great to finally be with a large group of peole who may not even like Justin Timberlake! It really took me back to the days of growing up. Hearing Sting with the Police songs from the “Synchronicity” album was especially reminiscent for me. I remember seeing the album for the first time like it was yesterday. It was 4th grade, and a classmate had gotten it for her birthday. Katie was a popular girl, and even though she had kicked me off the bars of the playground because she thought that she had the right to them all for herself, I knew she had good taste in music with that album and I wanted a copy for myself, even though I hadn’t had much exposure back then to rock and roll.

I grew up in a family where my parents were so heavily into classical music that the number of rock and roll albums we had could be counted on one hand. There were a couple of Beatles records and many Harry Nilsson. My favourite Nilsson song was “Jump into the Fire” and I used to dance around to the seven minute song that really rocks chanting the lyrics “you can jump into the fire, but you can never be free.”

“The Police” were so great because they were able to vocalize complex feelings that I think all of us have. “King of Pain” got to so many people because it touched the core of watching terrible things happen with no ability to control them.  In one’s personal life, but also in terms of world events that could happen at any moment. Our generation worried about nuclear war growing up: that possiblity was always lodged in the back of my brain. Somehow I think we knew that endings, struggle, and death could happen at any moment and happen eventually no matter how hard one tries to stop them. The song is like a kind of Vanitas painting on what loss is. And if we really look at it, loss does happen on a daily basis, it’s not some remote localized event that we can separate ourselves from if we’re going to be human. It’s the little black spot on the sun today, just like yesterday.

Scorpio is the sign that’s all about getting to the heart of things. It’s a water sign, with intense feelings. Scorpio wants to see the world as it is, good and bad. Scorpio is able to strip things down to an essence and take only what’s valuable and meaningful. Like the song “Message in a Bottle” Scorpio is “Just a castaway, an island lost at sea” enduring “more lonliness than any man could bear” because the sign thinks outside of conventionality.

The Police’s S.O.S. “Message in a Bottle” was received by many. Many of us started thinking. Not just somewhat thinking. But really thinking. And feeling. Intense thinking and feeling about the world and who we are in it. Thinking about synchronicity, pain, being a spirit in a material world, and most importantly about every breath we take.

I recall the summer that “Every Breath You Take” hit the airwaves. I spent a week up at a summer camp which was devoid of television, telephones, and most everything of popular culture. The camp was also literally on an island. While at times peaceful, I felt tremendously isolated up there with only my cousin in my age range to keep me company. One evening at that magic twilight moment that has one thinking in that dreamy way, my cousin and I happened upon a radio walkman, and at that moment the radio played, “Every Breath You Take.” I remember trying to memorize the song like we’d never hear it again, like it was our only connection to the world, nay the entire universe, and like it was the last song we’d every hear, or the last breath we’d ever take. I think I will remember that moment, struggling to listen in the evening twilight, for as long as I live.

The Calm Before the Storm: The First Mercury Retrograde of 2009!
Happy Halloween & Scorpio New Moon Mix Tape!
The Equinox: And You Will Be Like Butterflies in the Fall
Blue Spring Skies Mixtape! 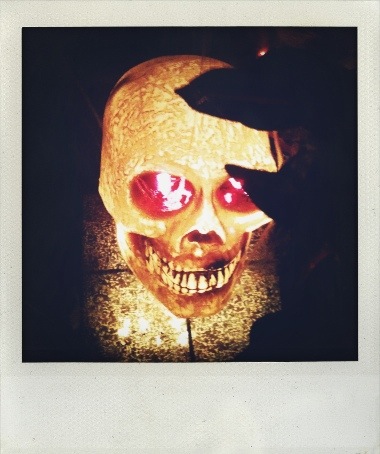 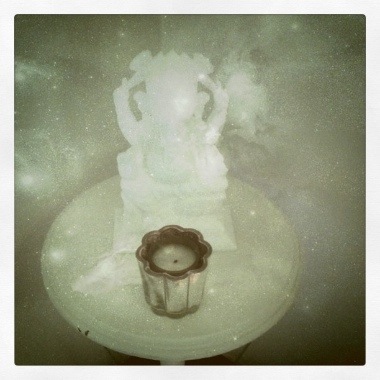