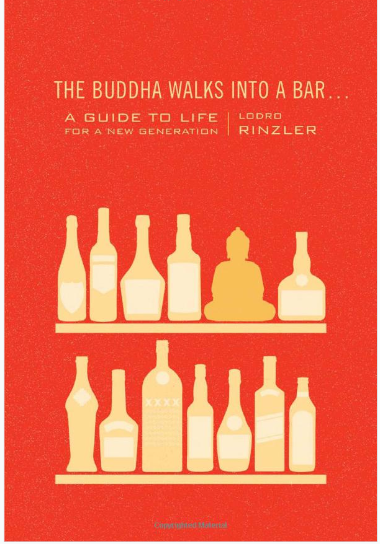 I came across this gem of a book “The Buddha Walks Into a Bar” by Lodro Rinzler, right around the start of this Mars Retrograde. I’ve been reading it throughout the challenging times that have cropped up over the past couple of months. Even though we’re heading into Grand Trine time with Mars, Jupiter/Venus, and Pluto, let’s not forget Mercury began it’s journey Retrograde today also. And in the sign of Aries, the sign that Mars rules no less! It’s almost like we’re having some sort of Quadruple Retrograde effect given that Mars is Retrograde in Virgo, and Mercury Rules Virgo, and Mercury is Retrograde in Aries, and Mars rules Aries.

All of this says it’s a good time to take a “time out” and try to reflect on life so far. In my last post I said I didn’t think much of this “historic” Grand Trine that astrologers are making out as a kind of lottery effect. It’s not that I don’t think it’s an aspect that has benefits (I am a Taurus after all, and this is Venus conjunct Jupiter which usually is very, very positive). It’s just I don’t want people thinking it’s a panacea for hard work, the kind of hard work of Reflection that Retrogrades usually entail!

If anything I think the “benefits” of this Grand Trine will be in the Reflection and Insight arena, not in some sort of “action” or worldly “outcome” that will head our way (unless it’s associated with something from the past that’s now coming back into one’s life, as Retrogrades will often bring back the past). Even better than the lottery, I would say would be being able to transcend or liberate oneself from a particularly thorny “karma” that has been bothering one for a long, long time. Sometimes the best thing that can happen to us is to re-envision a problem that has been troublesome into it being our teacher, thereby we can ultimately release it because we’ve fully learned the lesson we’ve needed to learn.

I especially like that in “The Buddha Walks Into a Bar” there’s a chapter entitled “Making the Ordinary Magical.” I think that’s a nice meditation focus this week during this Grand Trine-how is it that I can make my ordinary life, magical? If one can get even a glimmer of the answer to this question this week, then perhaps one does not even need the heavens to align to bring greater ease and transformation for good into our lives, as we can and do create it for ourselves!

Lodro Rinzler, The Buddha Walks Into a Bar