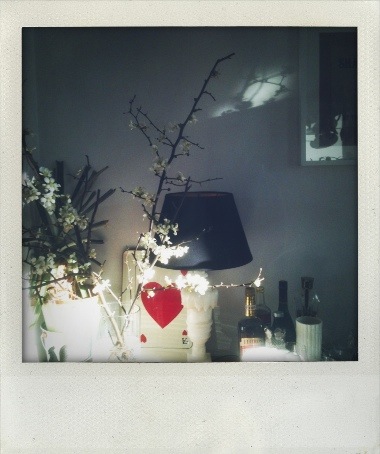 Everyone I know has been super busy since the start of 2013. My theory is that since the Mayan calendar started a new cycle on December 21, 2012, we’re all moving forwards in new areas of our life, and consequentially don’t have as much time as we used to. I know for myself, as I have a great new boyfriend, extra time to loll around and not do anything, almost doesn’t exist anymore! I’m not complaining at all mind you! However, it is a change to not get as many things done as I used to. I’m sure somewhere scientists are working on a way to stretch and manipulate time to expand it to fit your needs, but in the meantime, astrology has provided a nice “time out” called “Mercury Retrograde”!

Many fear the Mercury Retrograde, because traditionally, if you start something new during the Mercury Retrograde, you’ll have to redo it, or it won’t turn out the way you hoped it would. This assumes that everyone is trying to start a zillion new projects every day and you never have, or want for that matter, any downtime. However nature provides for Seasons, different times of the year for different things. You wouldn’t try and plant a tree outdoors in the middle of Winter, just as it might not be a good time to buy a new electronic device during a Mercury Retrograde.

This is actually a good thing! Like this NYtimes article suggests, sometimes it’s important to take a break from moving forwards in order to refresh yourself and move forward with new momentum! Are you itching to actually DO something from now until March 17th, when Mercury turns direct at 4 pm EDT? The good news is that Mercury Retrograde favors RE-doing things! RE-organization, RE-laxation, all the RE’s! If you have a project you need to finish, go for it! If you want to reorganize and clean your apartment or home, even better! It’s possible to see things from a new perspective with Mercury Retrograde, and many times, all that we need to have a big “aha” moment, is to see something from a new perspective!

So enjoy this “break time” provided courtesy of Mercury Retrograde, between now (officially this morning at 4:40 am EST) and March 17th! Spring will be right around the corner once we’ve finished this retrograde cycle, so let’s enjoy the reflective period of Winter, before we move into a new Season!

Heat Wave O-Rama! The weather and the planets are Scorching!
End of Summer Blues --Virgo New Moon
A World Apart: Caught between Two Eclipses, a Rock and a Hard Place
Mercury Retrograde-Right In Time for the Holidays!