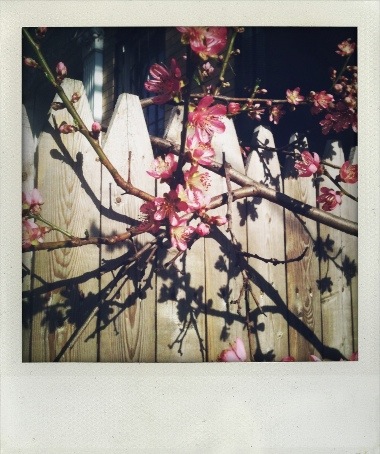 As many of you know, we had a Supermoon on Saturday evening, at 11:34 pm with the Sun in Taurus and the Moon in Scorpio! Those Supermoons are intense, but luckily the chart for this past one had many “flowing” aspects, including a nice Mars Trine Pluto and Venus Trine Saturn. And with the Sun and Jupiter in a loose conjunction, even if things got of a little crazy, hopefully it was good crazy and not bad crazy!

However, that being said, the next two weeks take us into another realm entirely! One to which I’m personally not sure I’m looking forwards! I did mention that the first 6 months of 2012 would be action packed, and we’ve survived the Retrograde within a Retrograde of Mercury and Mars, however, now we have the Double Eclipse within the Venus Retrograde! Oh Joy, I tell you! But seriously, you may asking yourself “What IS my Joy?” during the upcoming approximate 40 days of Venus moving backwards in the sky.

The fun all begins on May 15th, and lasts through June 27th. A shorter period than the almost 3 months of Mars going Retrograde, but with, first, a Solar Eclipse at 0 degrees 21 seconds Gemini on May 20th, and then a Lunar eclipse on June 4th at 14 degrees Gemini/Sagittarius, I’m sure there will be plenty of BIG CHANGE in the days to come! And BONUS POINTS (as if it weren’t enough!) we’re getting the last direct Venus transit across the face of the Sun on June 5th/6th for the next 100 some years!!! Yes, that’s right folks, a Double Eclipse, Venus Retrograde AND Venus Transiting Across the Face of the Sun!

Venus will go Retrograde in the sign of Gemini, the Twins, from 24 degrees back down to 7 degrees. Just as the Mars Retrograde was intense for me because it activated a natal T-Square, forming a Grand Cross in my natal chart, this Venus Retrograde will most likely be intense for me because it is starting it’s Retrograde on degree of my Ascendant in 24 degrees Gemini (the Asc is the Mask that you show the world) and moving backwards until it conjuncts my natal Venus, which also happens to be at 7 degrees Gemini. Oh, and did I mention that as my natal Sun is in late Taurus, the Solar Eclipse will conjunct it, and that as my Moon is at 12 degrees Sagittarius, the Lunar Eclipse will conjunct that????

Frankly, I feel as if, any minute now, I could fall down a Rabbit Hole, and my world would be turned completely upside down. That’s a lot of activity in my 12th house, the mystical house of meditation and spirituality. And it’s true, I am going on a big trip, to the desert and some very spiritual places, which I’m sure will give me food for thought. I’m just wondering, how much food for thought will it give me?

Here’s hoping the “Double Eclipses in the Venus Retrograde” ahead, ask us the right questions and at the end, give us the right answers! (and yeah, I’ve been too busy with my head spinning with all the implications of these aspects to put together a mixtape yet. But don’t worry, they’ll be a special eclipse mixtape coming!)